What is the PESO Model for Marketing? 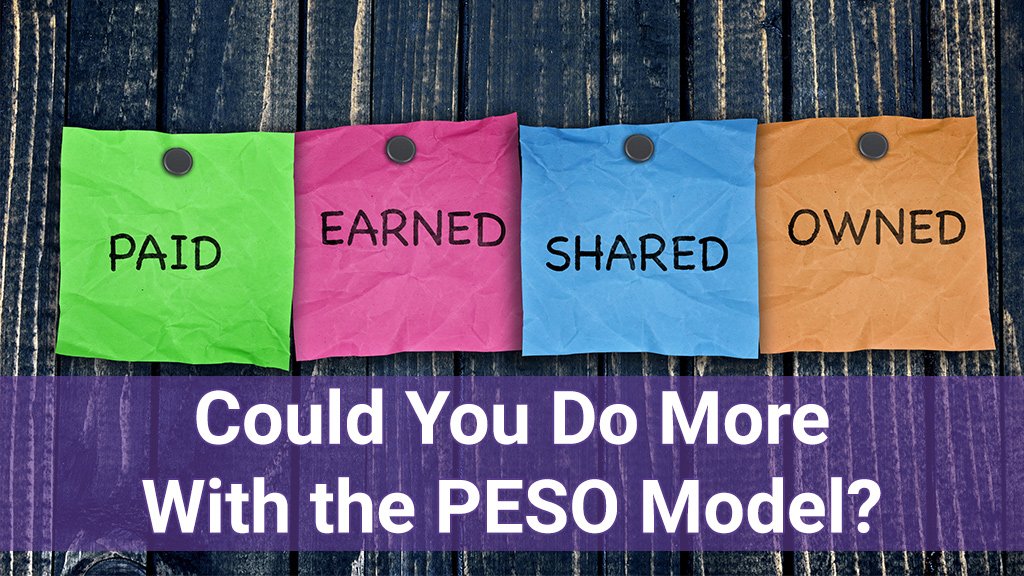 The PESO marketing model is a great way to organize our thoughts and efforts to include all aspects of marketing. Though this model came from the world of public relations, it can also be an indispensable tool for all marketing professionals, regardless of your marketing background or specialty.

PR and Marketing used to be very distinct domains. Instructors at universities would teach the differences between paid media efforts and earned media efforts. Publishers would make sure that there were walls within their organization to prevent advertising dollars (paid media) from influencing editorial content (earned media). Out of these siloed disciplines, ad agencies and PR agencies came into being as two separate entities. Ad agencies focused on creative and paid media strategies, while the PR pros would work to secure the strongest relationships with journalists as well as offering crisis communications and PR strategy. Ad agencies always paid for distribution, PR never did.

There’s always been a third component, owned media, to represent content that has been produced and published by a brand itself. As the internet came to allow brands the option of publishing more cost-effectively, owned media earned its place among paid and earned as a go-to channel for marketing. However, it sat for much of this time in a no-man’s-land between PR and advertising, with neither group really taking ownership.

Around 2008, the Paid-Earned-Owned model finally broke down due to the rapid adoption of digital marketing and social media. The dissolution of this model was due to the following changes in the publishing and advertising landscape:

A number of thought leaders in the PR industry started to look at the Paid-Earned-Owned model that they had used for years to find their place in Marketing, and sought to expand it: some pushed social as a separate channel while others tried to lump it into earned media, expanding the concept of mass communication to include the content created by everyday people.

In 2014, digital marketing expert Gini Dietrich published Spin Sucks and in it proposed a new model: the PESO model. It has been well received and adopted by PR professionals, but marketing professionals have largely ignored this very useful model.

What is the PESO Model?

PESO stands for “paid, earned, shared, owned,” and serves as a means of segmenting all of the marketing channels at a brand’s disposal into discrete groups. It allows us to look at our efforts through any one of these four lenses (paid, earned, shared, owned), to see if there are opportunities to integrate additional channels into our new or existing programs. The model also allows us to make sense of and to organize the channels in which we are currently investing.

Let’s break down what the individual channels mean:
Paid: Exchanging money for distribution, whether an ad or content
Earned: Trading valuable content for an established authority’s audience
Shared: Amplifying content through your own audience
Owned: Aggregating an audience that seeks you out for content and then distributing your content to that audience

Along with the book, Gini also published a great graphic to outline examples within each channel and where they intersect:

How to apply the PESO Model

Each of the four channels has its pros and cons. But all four channels of the PESO model must be used to ensure program success. Gini invites users to think of the PESO model as a pyramid with four corners. Without a corner, the pyramid — or program — collapses. It’s advised to start with owned, add shared, then earned and then paid.

By organizing our efforts into all four channels, we can compensate for the weaknesses of one channel with the strengths of another.

Let’s have a look at these benefits and pitfalls for each channel: 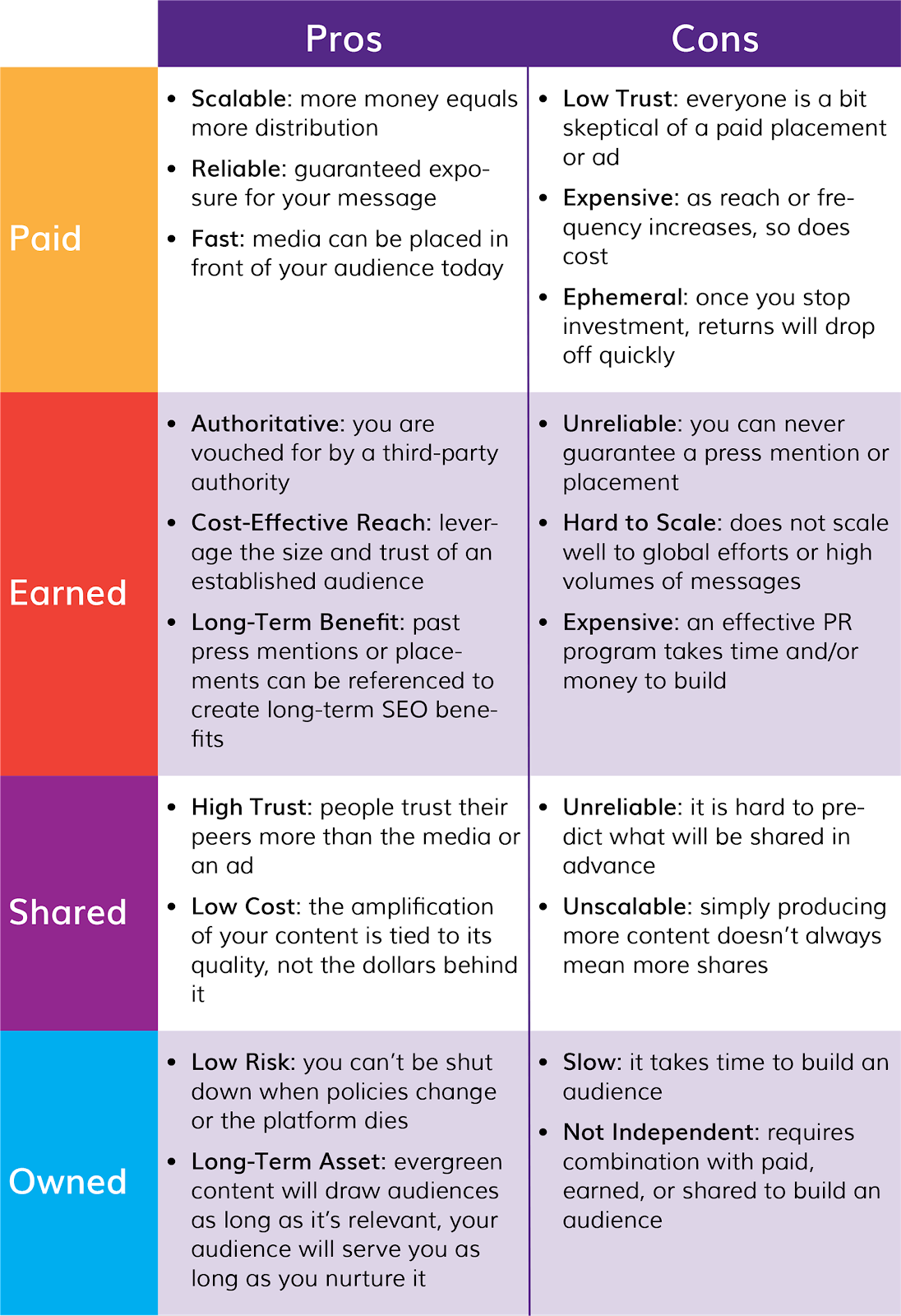 You may now also enroll in an academically-accredited PESO Model Certification to gain advanced skills and understanding of how to build and scale a program in your organization.