Why Brand Awareness and Direct Response Advertising Must Be Separated

When creating a new display advertising program, one of the challenges many marketers face is measuring the program’s effectiveness. But before we can measure the effectiveness of our efforts, we have to understand our objectives. ​

Typically, display advertising (aka banner advertising) has one of two goals:
1. Increase awareness of the brand and its core message, mission or differentiator
2. Drive traffic into a funnel for lead nurturing, lead generation or purchase

How you measure effectiveness is entirely different for each of these goals. Many marketers get frustrated with display advertising when they try to either combine these two goals into the same advertisement or when they apply the wrong metrics to measure either of the objectives.

When your goal is brand awareness, an effective display ad must accomplish three things:

1. Grab the viewer’s attention
2. Clearly convey one simple message about the brand
3. Immediately create an association between that message and the identity of the brand

​Notice that nothing in the example above has anything to do with clicks. When you are building awareness, the ad is your communication medium. The ad itself should create a logical or emotional connection with the viewer.

This begs the question: if we’re not looking at clicks, how do we measure the effectiveness of the program? The answer is two-fold:

The details of both of these methods is beyond the scope of this post, but I’ll revisit them in a future blog post.

The point is this: do not measure the effectiveness of an awareness display program with clicks. You will be disappointed and your boss will be disappointed. Set the expectation early with all stakeholders that for these ads, we are not counting clicks. If a click happens, great, but more often than not, any clicks these ads garner will be accidental or fraudulent, which the bounce rate on the landing page will demonstrate.

Notice that the above is all about the click. So measurement is much simpler in this case. We simply review the quantity and quality of the traffic produced by the clicks. In some cases, we can look at the revenue generated by the clicks to determine success or failure of an individual ad or the program as a whole.

Why can’t I do both in one ad?

This is the question this entire post has been leading up to, and one I get quite a bit. The answer is: it’s a matter of compromise.

Living in Wisconsin, one of the staples of vacationing is the Wisconsin Dells. There, a local tour company has been offering tours in vehicles called the “Wisconsin Ducks” since 1947. These vehicles are perfect for tours of the Dells because they are amphibious — they take tourists on both land and water to give them the best possible views of the beautiful natural scenery of the area. But being amphibious comes with compromise. While the vehicles can get up to 50 mph on the road, they top out at about 6 mph on water. The point is, while great for tours, these vehicles aren’t going to win any races in either context.
​
Your ads are essentially a race against your competitors. Therefore, they need to perform to their greatest potential. By attempting to accomplish both goals with one ad, you make compromises that prevent your ad from accomplishing either goal effectively. When it comes to awareness, the ad won’t perform well because it will be cluttered with a large link or button to make it clearly clickable, as well as an offer and a brand message. When it comes to direct response, the ad won’t perform well because the brand message will detract from the offer, and the need to incorporate a strong visual identity will be at odds with drawing attention to the clickable button or link.

The other issue with attempting to accomplish both goals with one ad comes up when it’s time to make optimizations. Even if you manage to measure the effectiveness of one ad against divergent goals, when it comes time to optimize that ad, you will be forced to choose whether driving traffic or promoting brand awareness is more important. For example, if you tested an ad with the smaller logo and bigger “Buy Now” button, it would probably produce more clicks, performing well against direct response goals. But clearly, by minimizing the logo and drawing more attention to the button, it will perform worse against your awareness goals. In this scenario, how do you successfully optimize?

Awareness and direct response advertising are both extremely important tactics within an effective display advertising strategy, but must be kept separate. This ensures the ads will perform competitively while being easily measured and optimized. 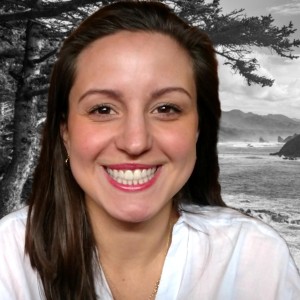 Facing a marketing challenge?
Considering an agency change?
Let’s talk about it.